New energy codes are coming very soon, and many states are jumping to the most aggressive one

Ed's note: This is a very lightly edited guest post by Sean Lintow, a home performance and remodeling contractor in Naperville, IL The original version is on his blog, the Homeowner and Trades Resource Center. Sean is a contractor in Illinois, so this post is directed towards Illinois builders and remodelers, but its content is generally applicabe to almost all builders, remodelers, and trade contractors.

Many states are electing to skip the 2012 code all together and are pushing for the 2015 version for some very good reasons.

38 states elected to go with a mandatory “state-wide” code including Illinois. How does that saying go–forewarned is forearmed? While your local maybe years away from adopting the latest versions of the IRC and IECC knowing in advance what is coming down the pike will save headaches later.

Ready for this, there are other changes coming that are likely to impact you no matter what your jurisdiction does. As for how much… With that here is a quick look at some of the most notable items.

There are very few notable changes between the 2012 Energy Code and the 2015 version at first glance. Further digging and crunching of the numbers shows only a small percentage increase as DOE reports a whopping 1.03% of energy savings. (For Climate Zone 5 – it is only .87%) With that, there are quite a few interesting changes and some reasons that many locals have decided to skip the 2012 code altogether and plan on making the leap straight to the 2015.

Compliance and Adoption: As mentioned in what is an Energy Code per the American Recovery and Reinvestment Act of 2009, States have two years (after DOE issues it’s final analysis of a code change) to adopt or sumbit their changes to DOE which shows that they are complying with or meet the latest adaptation.  DOE issued final determination June 11th, 2015 making the effective date June 12th of 2017. 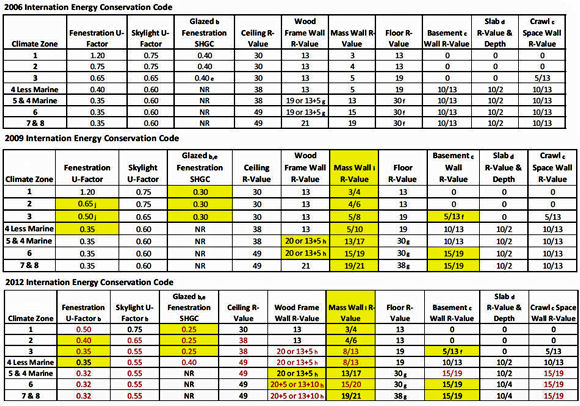 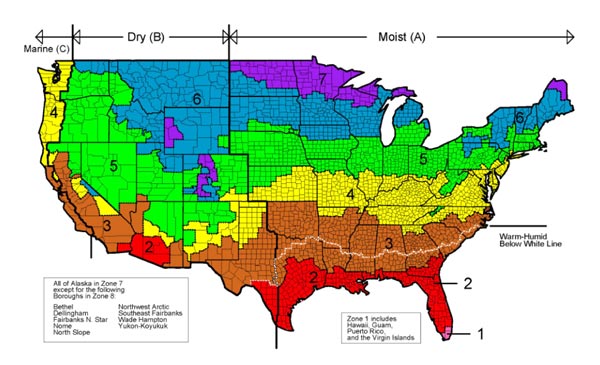 This has prompted companies like AOSmith to start notifying plumbers, builders and others that they need to start planning for it now. In essence for units 55 gallons and under they are advising builders that the new units will be 2 to 3″ inches wider and taller than what they have now so they need to account for this if they are placing them in a utility closet or room. For units 55 gallons and up they are going to require a ton more room (and equipment / ducting in some cases) which would require even more changes.

*Many thanks to David Butler for catching me up on the Vs area as I missed that on my original read through.

New ENERGY STAR® requirements have gone into effect for many appliances (starting September 15th of this year) with new ones coming January 1st for items like clothes dryers (its about time dryers are included). So for those building ENERGY STAR homes or looking for the most efficient appliances out there, check to see what version it falls under and spec accordingly.

—Sean Lintow Sr. is a certified RESNET HERS Rater, AEE Certified Energy Auditor, EPA Indoor airPLUS Verifier and 3rd Generation Builder and Remodeler in Naperville, IL. His company is SLS Construction and Building Solutions. He also contributes regularly to the Homeowner and Trades resource Center — a blog about building.